The ERA Council Forum Austria is a high-level expert body that advised the Austrian Minister responsible for Science and Research at the interface of European research policy and the national science, research and innovation system during the period of 2013 - 2019. It provided strategic orientation and advice in the context of “Europe 2020“, the “Innovation Union”, “ERA Partnership“ as well as Horizon 2020. 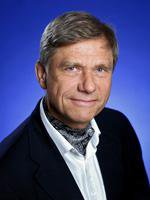 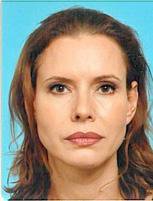 Helga Nowotny is Professor emerita of Science and Technology Studies, ETH Zurich, and a founding member of the European Research Council. In 2007 she was elected ERC Vice President and was ERC President from March 2010 until December 2013. In January 2014, Prof. Nowotny was appointed Chair of the ERA Council Forum Austria. She is a member of the Austrian Council for Research and Technology Development and Visiting Professor at Nanyang Technological University, Singapore. Helga Nowotny is a member of the Board of Trustees of the Falling Walls Foundation, Berlin; Vice-President of the Lindau Nobel Laureate Meetings; President of the Scientific Advisory Board of the Complexity Science Hub, Vienna; and active in several other advisory boards in Paris, Munich, Amsterdam and Budapest. She is a Foreign Member of the Royal Swedish Academy of Sciences and of scientific academies based in Belgium, Germany, Italy, Sweden and Austria, and a Fellow of the American Association for the Advancement of Science, USA. Recently, she has been honoured by the rarely awarded Gold Medal of the Academia Europaea and the British Academy President's Medal. She has received honorary doctorates from academic institutions in Belgium, the Netherlands, Germany, Israel, Norway, Singapore and the United Kingdom. Her latest books are The Cunning of Uncertainty (Polity, 2015) and An Orderly Mess (CEU Press, 2017).
http://helga-nowotny.eu/

Serial entrepreneur and co-founder of Amadeus Capital Partners, Dr Hermann Hauser CBE has wide-ranging experience in developing and financing companies in the information technology sector. He co-founded a number of high-tech companies, including Acorn Computers which spun out ARM, E-trade UK, Virata and Cambridge Network. Subsequently he became vice president of research at Olivetti. During his time at Olivetti, he established a global network of research laboratories. Since leaving Olivetti, Dr. Hermann Hauser has founded more than 20 technology companies. In 1997, he co-founded Amadeus Capital Partners. At Amadeus he invested in CSR, Solexa, Icera, Xmos and Cambridge Broadband. Dr. Hermann Hauser is a Fellow of the Royal Society, the Institute of Physics and of the Royal Academy of Engineering, as well as an Honorary Fellow of King's College, Cambridge.
In the year 2000 he received the Mountbatten Medal. In 2001 he was awarded an Honorary CBE for "innovative service to the UK enterprise sector". In 2004 he became a Member of the Government’s Council for Science and Technology, and in 2013 he was made a Distinguished Fellow of BCS, the Chartered Institute for IT. Dr. Hermann Hauser has honorary doctorates from the Universities of Loughborough, Bath and Anglia Ruskin.
http://www.amadeuscapital.com/team/hermannhauser

Jana Kolar is currently executive director of CERIC-ERIC, a large-scale research infrastructure. From 2009 to 2012, she was Director General of the Science and Technology Directorate within the Ministry of Higher Education, Science and Technology in Slovenia. She was also a consultant to the Ministry of Higher Education, Science and Technology (Slovenian EU Presidency 2008) and the Slovenian Research Agency. Between 2012-18 she was a member of the Governing Board of European Institute of Technology and Innovation (EIT). She is also a member of the High Level Group of Innovators for a European Innovation Council that advises the Commission on how to strengthen support for breakthrough, market-creating innovation.
https://www.ceric-eric.eu/about-us/staff#kolar-jana---executive-director

Jürgen Mlynek studied physics at the Technical University of Hannover and the École Polytechnique in Paris. He got his doctorate from the University of Hannover (Dr. rer. nat.) in 1979 and his habilitation in 1984. After a period at the IBM Research Laboratory in California, Jürgen Mlynek moved to ETH Zurich as an assistant professor. In 1990 he went to the University of Konstanz, where he became a Full Professor in Experimental Physics. After 10 years of researching and teaching in the field of experimental quantum optics, Jürgen Mlynek felt drawn to the field of research management: He served as Vice-President of the German Research Foundation (DFG), as President of the Humboldt University Berlin (2000-2005) and as President of the Helmholtz Association of German Research Centers (2005-2015). Mlynek has been awarded numerous science and research prizes, including the Gottfried-Wilhelm-Leibniz Prize. https://de.wikipedia.org/wiki/Jürgen_Mlynek

Prof Dr. Reinhilde Veugelers is a full professor at KULeuven (BE) at the Department of Management, Strategy and Innovation. She is a Senior Fellow at Bruegel since 2009. She is also a CEPR Research Fellow, a member of the Royal Flemish Academy of Belgium for Sciences, and of the Academia Europeana. From 2004-2008, she was on academic leave, as advisor at the European Commission (BEPA Bureau of European Policy Analysis). She currently serves on the ERC Scientific Council. She is a member of the RISE Expert Group advising the EU Commissioner for Research and Innovation and of VARIO, the expert group advising the Flemish minister for Innovation. With her research concentrated in the fields of industrial organisation, international economics and strategy, innovation and science, she has authored numerous well cited publications in leading international journals. Specific recent topics include cooperative R&D, international technology transfers through MNEs, global innovation value chains, young innovative companies, innovation for climate change, industry science links and their impact on firm’s innovative productivity, evaluation of research & innovation policy, explaining scientific productivity, researchers’ international mobility. She coordinates a large, multidisciplinary research project on radical innovations. Website: http://feb.kuleuven.be/reinhilde.veugelers and www.bruegel.org