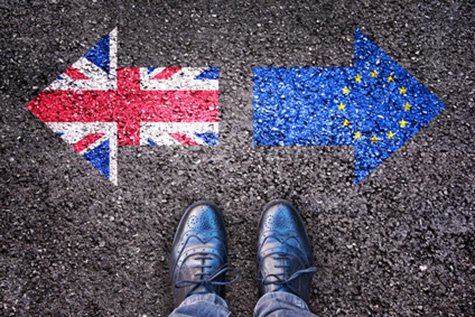 In the heat of Tory leadership contest, UK foreign secretary sets wheels in motion for international arbitration of its membership in EU research programme

The UK government, raising the political heat over Brexit, began legal proceedings against the European Union for blocking its membership in the €95.5 billion research programme, Horizon Europe.

Liz Truss, UK foreign secretary and favourite to win the ongoing Tory leadership race, announced the move 16 August, the day before a scheduled Conservative Party debate: “The EU is in clear breach of our agreement, repeatedly seeking to politicise vital scientific cooperation by refusing to finalise access to these important programmes. We cannot allow this to continue,” Truss said in a statement.

The UK negotiated the terms of its association to Horizon Europe back in 2020 as part of the EU-UK Trade and Cooperation Agreement formalising Brexit; but its bid to join the programme later got caught in a dispute over the Northern Ireland Protocol. Until the wider political issues are resolved, the European Commission is refusing to allow the UK to join the science programme on an equal footing with EU member states.

The political impasse has frustrated researchers on both sides on the Channel. Up until last year, the UK was one of the leading participants of the EU research programme. But until the UK formally joins the programme as an “associated country”, its research organisations cannot lead projects and can have only limited access to Horizon funding. The UK has dealt with the problem so far by promising it would foot the bill for its researchers who are invited into Horizon projects – but the scope and type of projects open to them is limited. They are also left out of the EU’s Copernicus earth observation programme and the nuclear research programme, Euratom.

The frustration has been growing over the summer. In June, 115 UK-based grantees of the European Research Council (ERC) lost their prestigious grants for fundamental research projects after being told they had to move to the EU if they wanted to keep the awards. The same month, then-science minister George Freeman said the UK will walk away from Horizon Europe if the deadlock does not end before autumn.

While the Commission was holding up full access to the programme, the UK government drafted an alternative plan for using up the £15 billion it has set aside for Horizon Europe, revealing details in late July.

The timing of Truss’ statement was plainly political – as anti-EU sentiment runs high among the thousands of Conservative Party members voting on whether she or former Chancellor Rishi Sunak will succeed Boris Johnson as prime minister. But it’s also a legal step specified in the Brexit treaty to resolve disputes between Brussels and London.

Under the treaty, in sending Brussels a formal letter seeking “consultation”, Truss is taking the first step towards an international arbitration case. The treaty says either side, when disagreeing over an issue, “shall endeavour to resolve the matter by entering into consultations in good faith, with the aim of reaching a mutually agreed solution.” The Commission must respond within 10 days of Truss’s delivery, and talks must be held within 30 days. Then, the UK can demand the creation of a three-judge international arbitration panel, which has to rule within 130 days on the British complaint about Horizon. The treaty has elaborate language about enforcing any resulting judgment, but in practice it’s uncertain legal territory. Last month, the EU launched its own legal proceedings against the UK on four infringements of the Northern Ireland Protocol [...].