Science|Business: The state to come: How Brexit will affect UK science 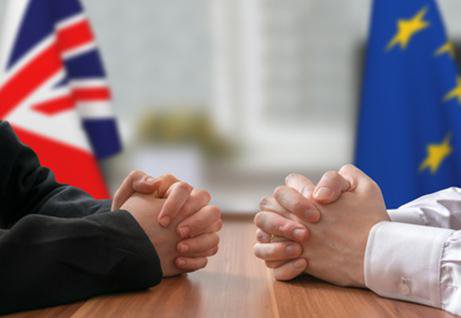 What happens after the Brexit deadline on October 31? A look at some of the twists the saga could take, and their implications for researchers

But it is not clear if this Brexit deal will be approved by the UK parliament, and while the revised political declaration on the future relationship says terms and conditions will be set out for the UK’s participation in EU programmes in science, innovation and education, this all has to be negotiated after the UK’s departure, meaning the uncertainty goes on for researchers.

Against that backdrop, here is a summary of how things stand.

First, whatever the outcome, UK researchers will still take part in most of the current research programme, Horizon 2020.

An analysis prepared by the UK government states that, under current rules, the UK post-Brexit would be allowed to take part in “calls open to third country participation.”

But pending agreement of the terms for future participation, UK-based researchers will no longer able to apply for three major EU funding programmes: the European Research Council (ERC), some parts of the Marie Sklodowska-Curie fellowship programme and the SME Instrument. That is because EU rules say scientists applying for these competitions must be based at host institutions that are legal entities in the EU or associated countries.

In a no-deal scenario, the UK would also no longer be able to access some space and security projects that only allow participants from EU countries, nor would it be allowed to participate in the Fast Track to Innovation programme.

The draft Brexit divorce deal drawn up last year – which was voted down by the UK parliament three times – stated that the UK would retain all the rights it currently has for a 21-month transition period – so long as the deal was approved by the UK parliament and the EU 27 member states.

The UK government has said if it cannot strike a new deal with Brussels, it will underwrite Horizon 2020 funding for all existing and future successful UK bids (those submitted from now until the end of 2020). The guarantee would cover the lifetime of projects, even if they extend beyond 2020. The offer improves upon the one made by the government in 2016, when it proposed to pay for successful submissions made before 29 March 2019. The government also says that it would continue to provide funding for its share of costs in the EU-funded Joint European Torus, the nuclear fusion experimental site based in the UK, until the end of 2020.

What kind of science relationship can the EU and UK have in the future?

Once outside the EU, the UK will have to completely renegotiate its access to EU research programmes. The UK government is committed to striking a new deal with the EU for the next research programme, Horizon Europe, starting in 2021, and the revised political declaration appears to give support for this.

Its most recent Brexit strategy white paper says the UK also wants to be a part of the Euratom research programme, the Joint European Torus, and the International Thermonuclear Experimental Reactor fusion project. However, it wants to have an “appropriate level of influence on the shape of the programme” in line with its financial contribution.