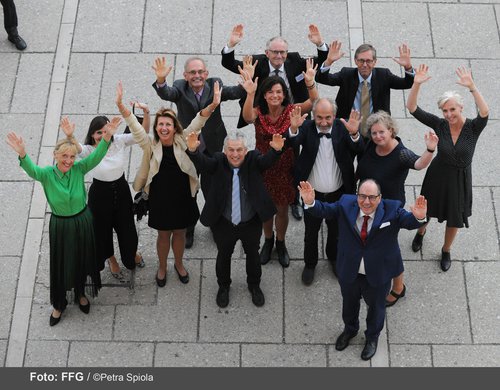 In view of the ongoing negotiations for Horizon Europe, including the future role of partnerships and the creation of European missions, the Austrian Presidency conference "10 Years Joint Programming – Achievements and the Way Forward“ shed light on the Joint Programming Initiatives, their achievements and possible contributions to strengthen the European Research Area (ERA). Discussions centered around the importance of science-policy cooperation to tackle global challenges and achieve Sustainable Development Goals. Sir Peter Gluckman, Chief Science Advisor of the Prime Minister of New Zealand, emphasised the challenge to re-establish science as a reliable source for evidence and the different roles of science to advice policies. JPIs shared experiences, presented some examples of their multiple achievements, and discussed with the audience the future role of JPIs in the ERA and Horizon Europe. It became obvious that the 10 JPIs are well in line with their aim to structure the ERA and already implement several of the requirements  currently being discussed for the future missions in Horizon Europe.

The ten JPIs used the occasion of the conference to present a joint JPI Chairs declaration Driving research and innovation to address global challenges, summarising their views and ambitions for their future development and impact. The declaration was officially handed over to the Chair of the High Level Group for Joint Programming (GPC), emphasising once again the importance of the commitment by Member States as well as the support by the Framework Programme.

Link to the declaration: Declaration "Driving research and innovation to address global challenges"

Link to the JPI video: https://www.youtube.com/watch?v=9KQ0Sd6AVQ8&feature=youtu.be