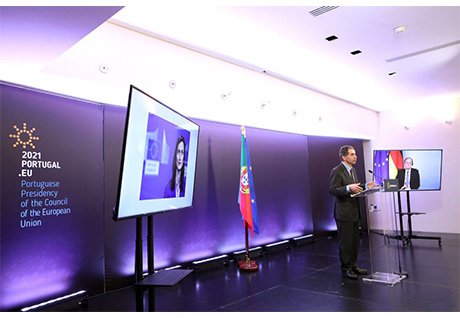 Promoting attractive research careers across Europe to help building a resilient recovery through a renewed, cohesive and inclusive European Research Area (ERA): This was the main topic at the Informal Meeting of the European ministers responsible for research on 3 February 2021, and the ministers agreed: Europe needs more scientists. The Portuguese EU Council Presidency is making research careers a priority during its presidency and is planning to adopt corresponding Council conclusions in May.

There is broad consensus throughout Europe concerning the need to further enlarge, attract and retain the best talent for research. This is also one of the priorities set out in the Commission Communication (September 2020) and the Council Conclusions (December 2020) to renew ERA. The issue will be developed and implemented through the “ERA Forum for Transition”, which will is meeting for the first time on 4 February 2021. The Forum involves all Member States and will act as the new R&I policy co-creation platform in Europe. One of its first expected outcomes in 2021 is a “Pact for Research and Innovation” that will be based on the values and principles that guide European research and innovation, in particular regarding researchers' careers.

Commissioner Mariya Gabriel emphasised that research and innovation are more important than ever. The Covid-19 pandemic poses major socio-economic challenges that need to be overcome also by improving the careers of researchers. She pleaded for close links between the European Research Area (ERA) and the European Education Area (EEA) and underlined the role of the European Universities Initiative as a "testbed". On the subject of researchers' careers, the focus will be on improving working conditions, removing obstacles and increasing synergies between education, science and research. To this end, the EC is planning several initiatives with a coherent and coordinated approach, for example within the framework of the "European Competence Framework for Research Careers", and by redesigning the "European Charter for Researchers" and the "Code of Conduct for the Recruitment of Researchers". The "ERA Talent Platform" as the successor to Euraxess is to be made more effective, said Gabriel. Furthermore, the cooperation between academia and business needs to be strengthened. With the help of the Marie Skłodowska-Curie Actions (MSCA), intersectoral mobility should be increased and balanced mobility achieved.

After brief keynotes from eight guest speakers, Ministers in their ensuing round table discussion showed broad consensus in particular on using the European Universities Initiative as a "testbed" for interoperability and promotion of cooperation between Member States regarding European research careers developments practices. They also agreed on revising the "European Charter for Researchers" and the "Code of Conduct". Likewise, many ministers pleaded for cross-sectoral mobility and increased cooperation between ERA and EEA. Slovenia announced an MSCA conference during its EU Council Presidency in the second half of 2021. The ministers' virtual working lunch focused on the role of private foundations, and an opportunity for cooperation was identified in the context of Missions in Horizon Europe.

Switzerland and Norway also participated in the Informal Meeting. Switzerland stressed that the country is ready to start association negotiations on Horizon Europe, ITER, Euratom and Digital Europe.