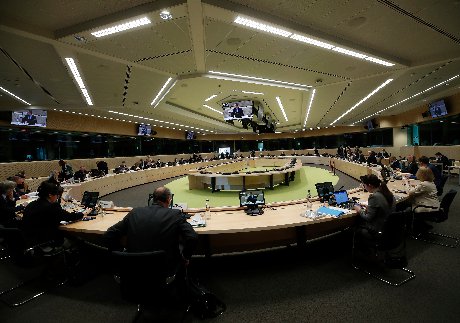 At the Competitiveness Council on Friday 28 May 2021, EU Research Ministers and Commissioner Mariya Gabriel discussed the renewal of the European Research Area (ERA) and how to prepare the roll-out of an ambitious ERA fit for the next decade.

For Commissioner Gabriel, there is no question that the goal of an ambitious ERA can only be achieved by pursuing a common research and innovation policy. The Commissioner welcomed the ambition to create a single market for researchers and knowledge and underlined that it is important to promote cooperation between all stakeholders at all levels (regional, national, European). Several Member States also supported the vision of the New ERA to achieve a single market of research and knowledge in Europe by 2030. Various Member States underlined the need to involve society. There was consensus on the Pact for R&I which is currently being developed, and the Portuguese Presidency stressed the need to respect European diversity in this Pact.

A key element of the renewed ERA is to increase the attractiveness of researchers' careers, a top priority during the current Portuguese EU Council Presidency. The Council adopted Conclusions that aim to create attractive and sustainable careers and working conditions for researchers, and to make brain circulation a reality. The Conclusions include goals such as reducing precarious employment, especially for younger researchers, strengthening inter-sectoral mobility, and promoting cooperation between the ERA and the higher education dimension of the European Education Area. The Council Conclusions also underline the importance of securing and strengthening freedom in scientific research and in researchers' careers.

Another point on the agenda was the Regulation establishing the European High Performance Computing (HPC) Joint Undertaking, where the Council adopted a General Approach. The new regulation for the next seven years lays the foundations for making Europe a world leader in high performance and quantum computing. The aim is to create a competitive supercomputing network in Europe and enable applications in many areas of life, from the search for new medicines and advances in personalised medicine to innovative applications in the fight against climate change and the development of safer and greener vehicles and aircrafts.

The Commission provided information on Mission Innovation 2.0, a global initiative of 24 countries and the European Union that aims to accelerate efforts in innovation in clean energy globally. In 2021, Mission Innovation has reached the end of its first phase of five years, in which its members have successfully stimulated global efforts, increasing annual investments by more than EUR 4.74 billion and developing over 70 new international collaborations in clean energy. Building on this success, Mission Innovation is about to launch an ambitious second phase at the next Ministerial meeting on 31 May. The second phase will focus on Missions and will be more inclusive and open for new members and partners.

The Commission also presented the recently adopted Communication on the global approach to research and innovation – Europe’s strategy for international cooperation in a changing world. The Communication reaffirms EU commitment to openness in research and innovation, but also stresses the need for Europe to promote a level playing field, reciprocity and the respect of fundamental values in its cooperation with the rest of the world. The Communication identifies 17 key actions to contribute to delivering the strategy, such as developing principles for international cooperation in research and innovation in coordination with the Member States, strengthening multilateral initiatives such as Mission Innovation, and developing an ambitious ‘Africa Initiative’ under Horizon Europe. The Commission proposes to report on the implementation of the strategy to the European Parliament and the Council every two years. A first review of progress made will take place at an international conference in 2022.

Finally, the Slovenian Minister Simona Kustec informed about the planned priorities under the Slovenian EU Council Presidency during the second half of 2021, which include the finalisation of the dossiers on institutionalised partnerships, the further development of the European Research Area, international cooperation and associations of third countries with Horizon Europe, and gender equality in research and innovation. The next scheduled meeting of EU Research Ministers is the informal Council meeting in Slovenia on 19 July 2021.

Over lunch, the research ministers discussed linking national recovery and resilience plans to the missions and partnerships foreseen under Horizon Europe.