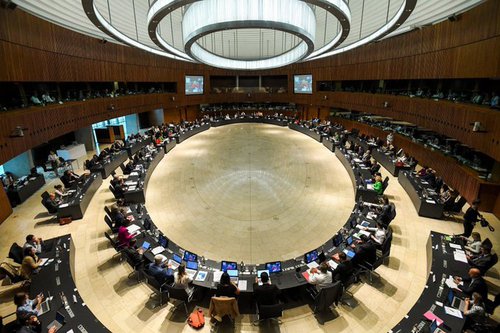 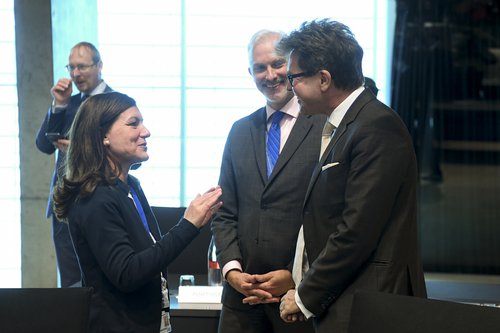 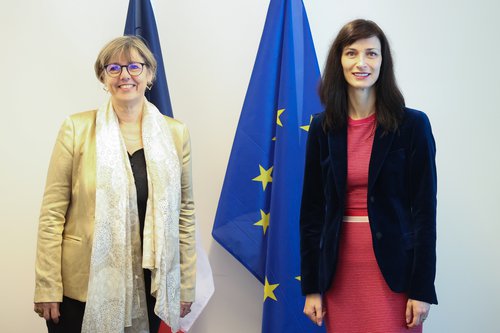 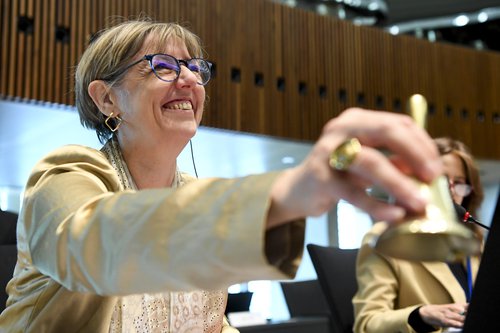 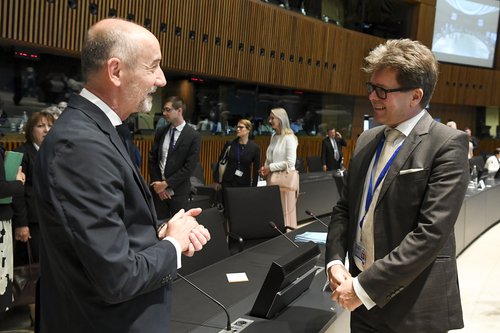 At the Council Competitiveness meeting on Friday, 10 June 2022, the ministers responsible for research held a policy debate on supporting young researchers in times of crisis. More specifically, they discussed how to coordinate EU action to overcome current challenges faced by researchers, and how to help researchers to build sustainable careers. Furthermore, the ministers adopted three sets of Council conclusions, namely on European missions, on principles and values for international cooperation in research and innovation, and on Open Science. Also on the agenda was a review of the French Council Presidency, an outlook on the incoming Czech Council Presidency, and information by the European Commission on the state of play regarding the implementation of the new governance of the European Research Area.

The policy debate of the EU Research Ministers with Commissioner Mariya Gabriel revolved around support for young researchers in times of crises, since crises in recent years have shown that there is a need to be better prepared to face them, and to be more reactive in the responses provided, in particular through logistical and financial support. Young researchers need to be supported by public policies at national level; however, some actions might become more effective if taken at European level. Among the 20 actions of the ERA Policy Agenda, for instance, Action 4 aims in particular at promoting attractive and sustainable research careers, including through measures such as the launch of an Observatory on research careers, the development of a toolbox of support measures to improve attractiveness of research careers in academia and beyond, or even the development of a European framework for research careers, which could then be piloted with European University alliances.

EU Research Ministers approved the Council conclusions on European missions, which address - within the framework of Horizon Europe - some of the biggest challenges of our time. The focus of these conclusions is on ensuring effective governance of the missions, citizen engagement, as well as monitoring, review and evaluation of the missions.

The Council conclusions on Open Science deal with the reform of research assessment systems in Europe, a European approach and capacities for academic publishing and scholarly communication, as well as with the development of multilingualism for European scholarly publications.

Under AOB, the Presidency gave an overview of events and activities that have taken place under the current French Council Presidency, for example the conferences on Open Science (Paris, 04./05.02.), international cooperation in R&I (Marseille, 08.03.), and European Missions (Paris, 21.03.). The European Commission presented the state of play regarding the implementation of the new Governance of the European Research Area (ERA): The new ERA Forum (in the form of a Commission expert group) has been launched and is meeting regularly. As the body in charge of facilitating an effective implementation of the ERA Policy Agenda, the Forum has discussed all 20 ERA Actions, on the basis of detailed explanatory documents provided by the Commission, during the first half of 2022. Member States have been invited to indicate their commitment to the ERA Actions through templates by the end of June 2022. Associated countries and stakeholders have been invited to express their interest as well. Furthermore, the ERA Forum agreed on the elements and the overall approach of the framework for the future ERA monitoring mechanism, which will include an online policy platform, an ERA scoreboard and a dashboard, as well as regular annual reports of the Commission on the Member States’ progress. As a final AOB point, the Czech delegation provided information on the work programme of the Czech EU Council Presidency during the second half of 2022, focusing on research infrastructures and synergies in R&I funding.

Over lunch, research ministers discussed the next steps “Towards a European Innovation Area”.

The next (informal) meeting of the Council Competitiveness will take place on 22 July 2022 in Prague.