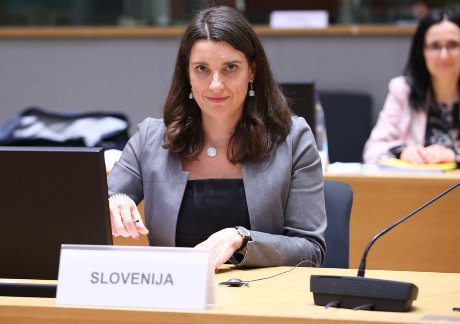 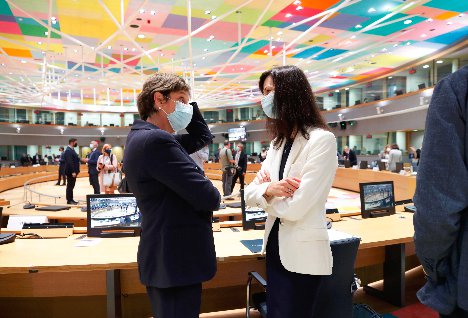 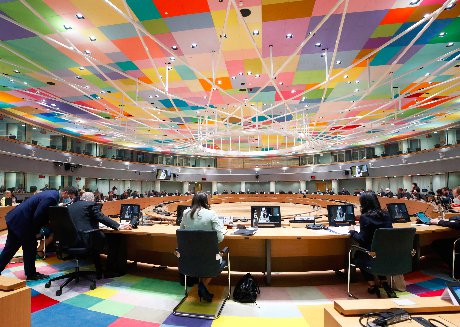 At the meeting of the Competitiveness Council on Tuesday 28 September 2021, EU Research Ministers approved Council Conclusions on the global approach to research and innovation. The Council Conclusions reaffirm the commitment to openness in research and innovation, following the guiding principle “as open as possible, as closed as necessary”, but also stress the need for Europe to promote “a balanced reciprocal openness”.

Another item on the agenda was the new European Research Area (ERA): EU Research Ministers and Commissioner Mariya Gabriel discussed the governance and implementation of the ERA, with a focus on (1) political ownership and commitments of Member States and the role of the Ministerial Conferences and national ERA action plans in this regard, (2) the (systematic) involvement of stakeholders at national and European level, and (3) the involvement of (associated) third countries.

As an AOB item, the Commission reported on the state of play regarding the association of third countries to Horizon Europe – one of the main instruments to ensure the openness of the Programme. Negotiations are ongoing with different country categories as described in Article 16 of the Horizon Europe regulation: In category (a), the re-association of Norway and Iceland was confirmed via an amendment to Protocol 31 of the EEA agreement on 24 September. Regarding categories (b) and (c), the Commission informed the Council that negotiations had been concluded with all six Western Balkan partners and Turkey, as well as with four Eastern Partners. Final exchanges are ongoing with Israel and Tunisia, and official negotiations with Morocco will start in October. With regard to third countries and territories fulfilling specific criteria under category (d), negotiations are currently ongoing only with the Faroe Islands and should be concluded in October. Switzerland is not considered as a candidate for association at this stage. The United Kingdom will be associated by means of a Protocol to the EU-UK Trade and Cooperation Agreement (TCA). The Commission is working with the aim of associating the United Kingdom at the earliest opportunity.

Furthermore, the Slovenian Presidency of the Council of the EU presented the state of play on European Institutionalised Partnerships. Nine institutionalised partnerships (according to Art. 187 TFEU) in the areas of health, climate and digitisation are combined in a Single Basic Act (SBA). This regulation is currently going through the linguistic-legal revision and should be adopted as quickly as possible, in order to launch the first calls for proposals still this year. The Metrology Partnership (according to Art. 185 TFEU) requires the approval of the European Parliament. The first (and possibly already last) Trilogue between Council and Parliament takes place on the day of the Council meeting and should contribute to the swift adoption of the regulation.

As a final AOB point, the Presidency informed the Council about the virtual conference ‘Deepening the ERA through Gender Equality’, which took place on 8 and 9 July 2021, and presented the Ljubljana Declaration on Gender Equality in Research and Innovation. The Declaration includes the following six key priorities and activities for the new ERA: (1) Ensure fair, open, inclusive and gender equal career paths in research, and consider intersectional perspectives on gender inequalities; (2) Facilitate mutual learning opportunities through form-follows-function robust governance; (3) Employ existing and newly developed tools, such as Gender Equality Plans, to facilitate systemic institutional change and remove institutional barriers; (4) Address and counteract gender-based violence; including root causes and tackling obsolete power dynamics within research and academia; (5) Support active and participative monitoring and evaluation to ensure continuous improvement; and (6) Leverage synergies to enhance gender equality achievements within the European Research Area, but also within complementary fields such as the European Higher Education Area, structural funds, innovation, as well as in international cooperation. Member States were invited to examine and endorse the Declaration.

Over lunch, the research ministers discussed “The Green Transition and the Future of Living: Directionality of R&I, the New European Bauhaus and Missions in Horizon Europe”.

The next meeting of the Competitiveness Council will take place on 26 November 2021.