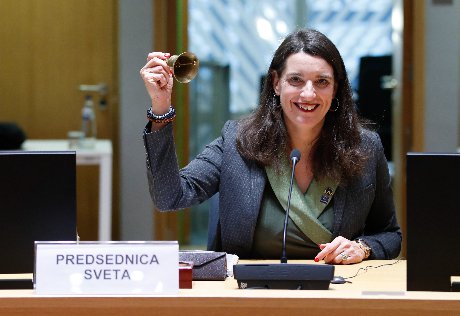 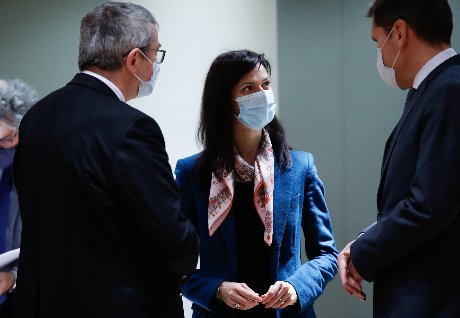 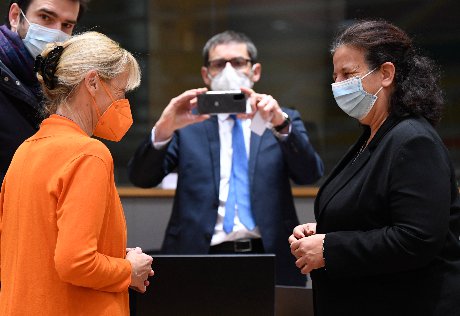 At the Competitiveness Council on Friday, 26 November 2021, EU Research Ministers approved the new framework and governance for the European Research Area (ERA): The Council adopted both the Council Conclusions on the future governance of ERA, and the Pact for Research and Innovation. “The aim of these two interconnected acts is to create the best possible framework for the circulation of excellent knowledge and its application in Europe and beyond”, Minister Simona Kustec had emphasised before the Council Meeting. The new ERA governance will reinforce coordination within the EU, with its Member States, as well as with (associated) third countries and stakeholders. The Council Conclusions include the ERA Policy Agenda as an annex, outlining twenty concrete ERA Actions.

The Pact for R&I is one of the key pillars of the new ERA and is structured in four parts. The EU Member States will commit to

The policy debate at the Council meeting was dedicated to “Research and Innovation in achieving cross-sectoral objectives”, since programming the right research and innovation activities is increasingly important. In their debate, EU Research Ministers and Commissioner Mariya Gabriel particularly addressed the R&I component within the 'Fit for 55' package, a set of interconnected proposals with the aim to accelerate the green transition and contribute to the reduction of greenhouse gas emissions. The New European Bauhaus initiative and the R&I component of the European Health Emergency Preparedness and Response Authority (HERA) were also part of the discussion. Tens of billions of euro will be invested under the EU Research and Innovation Framework programme Horizon Europe, in order to achieve the ambitious objectives of these three initiatives. These initiatives also require new efforts and approaches of policy-makers at European and national level. The Slovenian Council Presidency therefore focused the discussion on the cross-sectoral coordination of the initiatives in the Members States.

Furthermore, the Presidency informed the Council about events and activities under the Slovenian Council Presidency, including the New ERA Conference (26-27 October 2021), the MSCA Presidency Conference (15-16 November 2021), and the virtual conference ‘Deepening the ERA Through Gender Equality’ (8-9 July 2021), where the Ljubljana Declaration on Gender Equality in Research and Innovation was presented. So far, 35 parties have endorsed the Declaration. The Presidency also mentioned the Plastic Pirates initiative and referred to the ESFRI Days, which will be conducted in a virtual format from 6-7 December 2021.

Finally, French Minister Frédérique Vidal provided information about the planned priorities under the French EU Council Presidency during the first half of 2022, which will focus on (1) strengthening research at universities on the basis of the EC Communication on European Universities (planned for January), (2) continuing work on the Global Approach to R&I (including a conference in Marseille in March), and (3) exploiting synergies between higher education, research, innovation and citizens.

Over lunch, the ministers discussed the implementation of the Pact for R&I through the ERA Policy Agenda, considering the outcomes of the Slovenian Presidency Conference on the new ERA and the future policy coordination process.

The next informal Competitiveness Council will take place on 24-25 January 2022.

Council Recommendation on a Pact for Research and Innovation in Europe

Conclusions on the future governance of the European Research Area