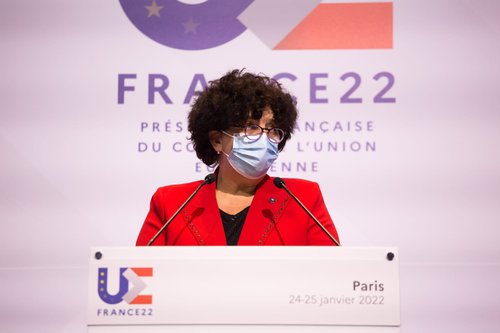 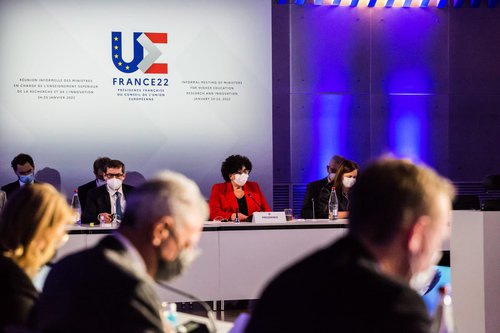 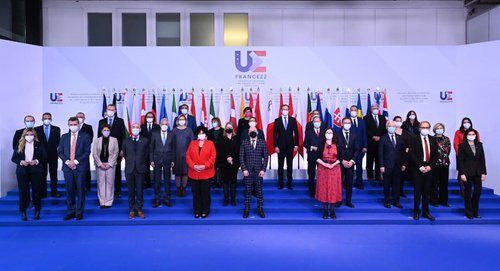 On 25 January 2022, ministers from EU Member States, Iceland and Norway responsible for higher education, research and innovation met in Paris at the Cité des Sciences et de l’Industrie for an informal Council meeting, at the invitation of the French Presidency of the Council of the EU. The ministers discussed the synergies between the higher education dimension of the European Education Area and the European Research Area. A key topic at the meeting was the European Commission's "education package" that had been presented last week, comprising the European Strategy for Universities and a Commission proposal for a Council recommendation on transnational higher education cooperation. The meeting was immediately followed by the online kick-off of the Forum of Universities for the Future of Europe, due to be continued on 26 January.

The morning session of the ministers' meeting, hosted by the Collège de France, consisted of two workshops with time for reflection and debate, the first of which addressed the topic “Europe of universities: which future?”. A large number of factors, threats and opportunities will influence the future development of higher education institutions in Europe. Therefore, it is crucial to respond to these challenges. The European Strategy for Universities can create new impetus for the realisation of the higher education dimension of the European education area and the European Research area in the coming years. The second workshop was dedicated to the issue of “Principles and values of research in Europe and the world”. In its background note for this Workshop, the French Council Presidency had pointed out that “the need to strengthen the European Union's strategic autonomy has been further accentuated by the health crisis. In order to face the challenges of tomorrow, the Union must take on a leading role in research and innovation, particularly in strategic areas such as artificial intelligence or epidemiology”. The ministers discussed how to better address these issues, without undermining the creativity of researchers and acknowledging the importance of reciprocal cooperation with third countries, based on shared principles and values and with the aim of ensuring a safe and conducive environment for the work of students and international researchers.

The topic of the ministerial debate in the afternoon was “Strengthening transnational cooperation between universities for the future of Europe”. There is broad consensus that Europe's universities are key players in mobilising the Union's strengths to tackle today's challenges and prepare the Europe of tomorrow. The higher education institutions are at the heart of the knowledge square (education, research, innovation, and service to society) and contribute to the realisation of the European Education Area, and to the deepening of the European Research Area. The ministers discussed the main challenges in strengthening transnational cooperation between higher education institutions in Europe, and how Member States and the Commission can better coordinate in order to support universities in implementing the European Strategy for Universities, including the role of the European University alliances as key players in this context. The discussion also addressed the attractiveness of academic careers, as a crucial factor in attracting and retaining talent at European universities. The ministers committed to begin work in the coming months to remove the barriers facing alliances such as European Universities, by providing them with a set of instruments and contributing towards securing their future by exploiting synergies between European, national and regional financing mechanisms.