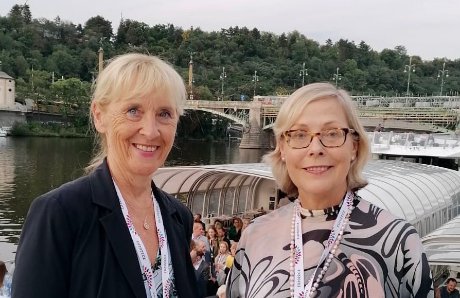 Directors-General for research from all EU Member States and some countries associated to Horizon Europe met on 13 and 14 September 2022 at the ERAC Meeting hosted by the Czech Presidency of the Council in Prague.

At the beginning of the meeting, ERAC EC co-Chair Signe Ratso provided an update on the EU’s support for Ukraine and its researchers. She emphasised the entering into force of the association agreement with Ukraine on 9 June 2022 and the support for displaced Ukrainian researchers. Ms. Ratso also indicated that at the next ERAC Meeting in February 2023, a discussion is envisaged on EU support for the recovery of Ukraine’s R&I system.

In the first strategic discussion ERAC broadly supported the approach taken and the measures proposed by the Commission in its recent “European Innovation Agenda”. While ERAC members supported the focus on deep tech innovation and the related actors, they also highlighted that other elements of the broader picture of innovation policy must not be neglected, and that the link to the EU’s industrial policy is important.

The second strategic discussion dealt with the digital transition of Research Infrastructures (RIs). ERAC members underlined the high added value of a well-functioning European ecosystem of Research Infrastructures (RIs). While RIs are among the most advanced in digital transition and are both users and providers of data to the European Open Science Cloud (EOSC), there is still much to be done. ERAC supports a systemic approach at EU level, including coordination with other European initiatives, such as GEANT and EuroHPC. Furthermore ERAC calls for a light and flexible coordination structure between ESFRI and EOSC.

On the second day of the meeting, the focus was first on starting the ERAC discussion process on the next Framework Programming (FP). The Members States co-Chair, Barbara Weitgruber outlined the obligation given to ERAC by its mandate to provide early strategic advice for the preparation of the next FP. This is why more than 5 years before the end of Horizon Europe, ERAC is already starting to think about the following programme and in which direction the FP should be developed. In the discussion ERAC members underlined the strong and manifold added value of the FP for the EU, its Member States, the Research institutions and researchers. However, the current situation characterised by fundamental transformations and multiple crises might call for new approaches and a more fundamental change of the way we collaborate in R&I. The research on Covid was mentioned as an example of the direction that could be taken in terms of dedication and transparency. ERAC members agreed to start a procedure that will lead to an ERAC Opinion on this subject in 2024 (an exact date has not yet been fixed). Further details of the process will be established in a written procedure over the coming weeks.