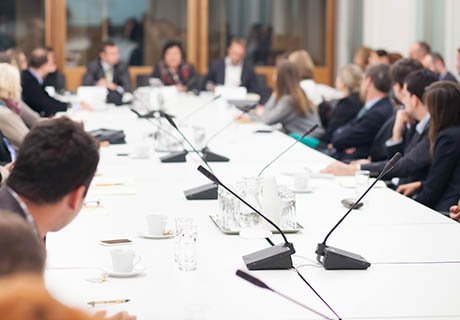 The European Research Area and Innovation Committee (ERAC) held its first formal meeting under its new mandate in Strasbourg on 12 and 13 April. The meeting was hosted by the French Council Presidency.

After the adoption of the Council Conclusions on the new ERA governance in November 2021, the Council had adopted a new mandate for ERAC on 13 December 2021. ERAC is now a forum for high level executives in the area of R&I (directors-general in most MS) and has a new role in the ERA governance as a high level strategic advisory committee, providing early advice to the Council, the Commission and the Member States on strategic R&I policy issues. Its role as a high level forum is complemented in the new ERA governance by the new “ERA Forum” which takes on the operational tasks of coordinating the design, implementation and monitoring of the ERA Policy Agenda. Thus ERAC is supposed to focus on strategic advice on present and future developments.

During the meeting, ERAC held a strategic discussion on the first ERA Policy Agenda 2022-2024, as requested by the Council in November 2021. This discussion will lead to an ERAC opinion to be adopted before the end of May 2022. ERAC delegations supported a proposal aimed at the co-creation of templates by the Commission and the ERA Forum, in order to facilitate Member States’ expression of their commitment to specific ERA actions. With these templates, MS should give a qualitative commitment explaining which measures at national level and which forms of participation they envisage with regard to the respective ERA actions. According to the proposed procedure and in line with the Council Conclusions of November 2021, the MS and interested Associated Countries will make their commitments by end of June 2022. ERAC will come back to the issue at its next meeting in September 2022, where the co-Chairs of the ERA Forum will report on the outcome of the procedure and ERAC will give guidance on the next steps.

ERAC also held a debate aimed at making progress towards the reform of the assessment system for research, researchers and institutions to improve their quality, performance and impact (Action 3 of the ERA Policy Agenda). ERAC delegates supported the approach and the process undertaken by the Commission, which includes a fundamental change of culture as compared to the existing evaluation systems.

A further discussion focussed on the issue of foreign interference where the Commission recalled the Staff Working Document on tackling R&I foreign interference that was published on 18 January 2022. This document aims to support R&I institutions in protecting their fundamental values by safeguarding academic freedom, integrity and institutional autonomy, and their key research findings and intellectual assets. The document is intended as a toolkit of measures to help develop a comprehensive strategy on foreign interference. Delegations pointed out that Russia’s invasion of Ukraine has clearly revealed the importance of being prepared to respond quickly and effectively to foreign interference. ERAC members stressed the shared benefits of strengthening cooperation at EU level in this field, welcomed the toolkit as a valuable instrument for Member States and stakeholders, and agreed to launch an MLE on foreign interference.