Austrian EU Council Presidency in RTI: Looking back at what has been achieved 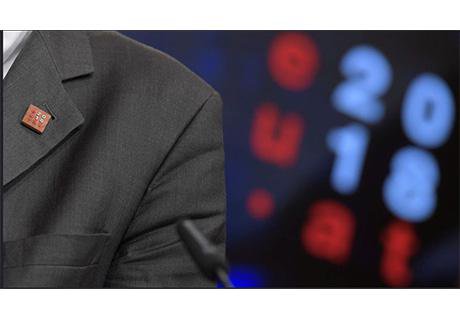 On 1 January 2019, the Austrian Presidency of the Council of the EU ended - the Presidency has now been taken over by Romania for the first half year of 2019. In the field of research, the Austrian EU Council Presidency (July - Dec. 2018) focused on the Horizon Europe negotiations, on the governance of the European Research Area, and on supporting links with other sectoral policies, inter alia through a variety of Presidency events in Austria over the last six months.

The Presidency hopes to be remembered for the following achievements:

Agreement in Council on the content of the Horizon Europe Regulation

In a record time of only five months, the Council negotiated and agreed on the content of the world’s largest funding programme for research and innovation, Horizon Europe. According to the European Commission proposal, euro 100 billion shall be available from 2021 to 2027 for promoting excellent research at the frontier of knowledge, for mobility and training of researchers as well as for research infrastructures; moreover, societal and economic challenges of our times will be addressed in cross-thematic clusters, and implemented, amongst other instruments, through missions dedicated to specific topics that shall deliver results and impact for society within ten years; a newly established “European Innovation Council” will promote breakthrough innovations that will be able to create new markets, jobs and wealth in Europe; finally, a part of Horizon Europe will be dedicated to supporting structural reforms of Member States in the European Research Area, with a special focus on low R&D performing countries.

On 30 November 2018, the Competitiveness Council achieved a so-called “Partial General Approach”, i.e. an agreement on the substance of the Horizon Europe Regulation. In addition, the Presidency pursued negotiations on the Specific Programme of Horizon Europe, leading to a second Presidency compromise text right before Christmas 2018.

Council Conclusions on the governance of the European Research Area

As requested by a decision of the Competitiveness Council in 2015, the Presidency, in collaboration with ERAC, reviewed the existing ERA advisory structure in Europe. The review included the content and the implementation of the six ERA priorities for reforming national research systems (from the priority of increasing the efficiency and effectiveness of national systems, to promoting public-public and public-private partnerships, to fostering research infrastructures, to reforming the labour market for researchers, to promoting gender equality in research, to enabling open science and innovation, and to strengthening international collaboration).

As a result of this review led by ERAC, the Presidency proposed Council Conclusions on the governance of the European Research Area. Ministers agreed unanimously on these Conclusions at the Competitiveness Council on 30 November 2018. The Conclusions acknowledge the progress made so far in creating an internal market for knowledge, in particular the new ESFRI Roadmap 2018 Update for research infrastructures, and the launch of the European Open Science Cloud (EOSC) Governance Structure. The Conclusions also pave the way for a revised ERA reform agenda to be established in 2020.

In a complementary manner, many events during the Presidency term focused on interlinkages between research and other sectoral policies, e.g. the WIRE Conference in July 2018, the Enterprise Europe Network Annual Conference, or the high-level conference on the European Defence Fund, both in October 2018.

The list of all Presidency events available for download provides an overview of the main outcomes of each of these conferences / meetings.